Nineteen-sixty-nine was a banner year for rock ‘n’ roll. Besides Woodstock, it was the year of the MC5’s Kick Out the Jams, The Stooges, the Stones’ Let It Bleed, Zappa’s Hot Rats, Fleetwood Mac’s Then Play On, King Crimson’s In the Court of the Crimson King, Blind Faith, Captain Beefheart’s Trout Mask Replica, Dylan’s Nashville Skyline, Abbey Road, Santana, Sly & the Family Stone’s Stand, and many more. 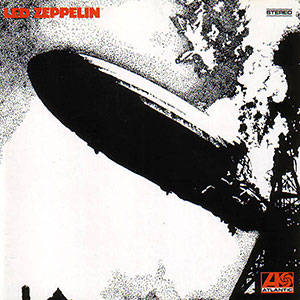 Jimmy Page was already a veteran studio musician and former Yardbirds guitarist at age 24 when he set out to create a supergroup. And that new band’s calling card was recorded at Olympic Studios in London and released January 12, 1969.

Led Zeppelin had already played college gigs and toured Scandinavia as the New Yardbirds, playing Yardbirds’ tunes and fresh numbers including “Communication Breakdown,” Willie Dixon’s “I Can’t Quit You Baby,” “Babe, I’m Gonna Leave You,” and the thunderous “You Shook Me.” So they knew their arrangements cold when they entered Olympic and spent just 36 hours making their debut, including mixing.

To achieve Led Zeppelin’s classic guitar sounds Page played a psychedelic hand-painted 1958 Telecaster through a mercilessly overdriven small Supro amp. And he took advantage of natural ambience. Until then guitars were typically recorded with one microphone set right in front of the grill cloth. But Page insisted on using multiple microphones, some as far as 20 feet away from his amp, and blending what they caught on tape.

Huge as the guitars on Led Zeppelin still sound today, Page upped the ante for Led Zeppelin II and indelibly helped elevate the cache of the Gibson Les Paul and establish the mystique of the 1959 model in particular.

While touring the States after Led Zeppelin’s release, Page purchased the sunburst ’59 Les Paul that would become hallowed as his “Number 1” from Joe Walsh in April 1969. Page was first seen with the guitar on stage at Fillmore West and at Winterland in San Francisco, and at San Antonio’s Rose Palace.

Walsh was playing Gibsons and singing in the James Gang at the time, and had the ’59 sunburst’s neck shaved to a thinner profile before selling the guitar to Page. There was already a Black 1960 Les Paul Custom in Page’s collection that he’d modified with a Bigsby tremolo arm. But the six-string from Walsh was different. It felt perfect in his hands and on his shoulders — where it would hang for hundreds of iconic live photos — and conjured the heavy sound he envisioned in a nearly effortless manner.

Page has described “Number 1” as his “wife” and “mistress,” and calls it irreplaceable. Unlike the Black Beauty, which was stolen in 1970, it remains in his possession and has been immortalized by several Gibson Custom Shop reissues. In the ’70s the bridge tone control was replaced with a push-pull pot that puts the pick-ups out of phase, and the bridge pick-up was replaced after it failed on tour. The instrument also sports gold plated Grover tuners. Otherwise it remains the same as when he acquired it, plus road wear. 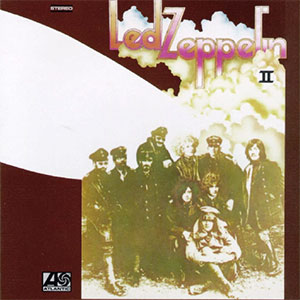 “Number I” and an array of Marshall amps — the same ones Page used on stage —were the string-bender’s sonic foundation for Led Zeppelin II. The band wrote and developed the album’s songs while touring the U.S. and Europe from January through August of 1969. Unlike Led Zeppelin, each number was recorded separately at various studios in the U.S. and U.K. There was nothing leisurely about the process, however, since the sessions were crammed between concerts, thus replicating the live feel of the first album.

One constant on Led Zeppelin II, however, was engineer Eddie Kramer, who had worked with Jimi Hendrix and today still works with the Hendrix estate on Jimi’s tapes. Kramer helped Page achieve a cleaner, crisper, better-defined sound for the entire album and urged Page to experiment. The psychedelic breakdown of “Whole Lotta Love,” which whips through the stereo spectrum like a Tilt-a-Whirl, is the most famous result of their adventurous efforts.

“Ramble On” established hard rock’s often parodied use of sword-and-sorcery lyrics. “What Is and What Should Never Be” pushed dynamics to their fullest. And drummer John Bonham concocted a solo in “Moby Dick” that beat Ginger Baker’s “Toad.”But Page forever defined the sound and balls-out stance of the Les Paul in heavy rock. His riffing on “Heartbreaker” made the song the “Eruption” of its day, emulated by nearly every budding slash-and-burn guitarist who came in his wake. And his growing riffs in “The Lemon Song” and “Whole Lotta Love” are part of rock’s Mt. Rushmore.

For more information on GIBSON, visit: